The Counting Out Chant 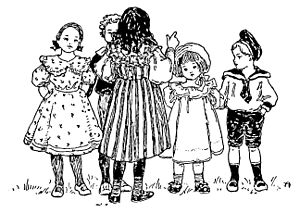 There is a certain chant in the Gardnerian Book of Shadows that begins "Eena meena mona mack..."  This is a chant with its roots in antiquity, but not because of its great magical virtue.  Rather, this chant is a variation on the Anglo-Cymric score counting out chants popular with children of all English-speaking nations.  You are probably familiar with this variation: "Eeny, meenie, miney, moe..."  Both of these chants are crude reworkings of the Welsh counting system.  They are called "scores" because they typically count up to twenty.

These old Welsh chants have a strong association with counting out rhymes to decide who is "It" in a game. Therefore they have an uncanny tie to old sacrificial rites of deciding who would be "It" (ie: the Year King, the Fool, the May Queen, the Carlin, etc. as appropriate for the rite).  Some of these counting out chants are explicitly linked with witchcraft, such as the Gardnerian variation above. Some samples for review are submitted below. 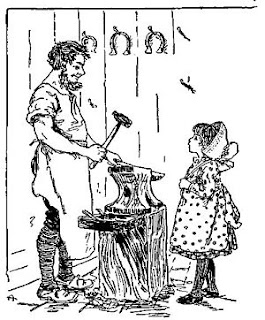 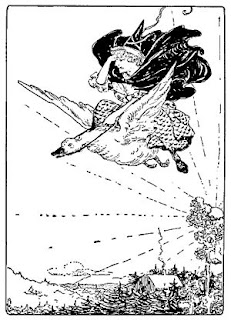 There are hundreds, perhaps thousands of variations on the Anglo-Cymric score counting out rhymes. A good selection of them is collected here.  They are of interest to the witch for the same reason that the "Mother Goose" rhymes are of such importance.  These children's rhymes contain old folklore that has survived for centuries.

You may want to consider adapting the Anglo-Cymric score rhyme format to your own personal chants. Here is one I just made up.