In our tradition we divide the year not only by eight solar and agricultural holidays, but also by the Kalends. We celebrate twelve months of the year by the common calendar, plus a special thirteenth month for Samhain.  These month cycles are associated with different totemic spirits. Each month is assigned an animal, a bird (or other flying creature), and a tree. July's totems are the Hound, the Eagle, and the Elm. 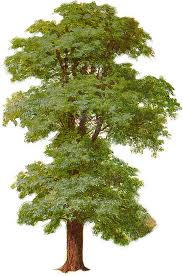 Elm
Common tree in both England and America. Its folk name is “ Elven” (because of its long-standing association with elves, both the Seelie and Unseelie Courts of the Fey).
Attracts love when carried and protects against lightning strikes – both because of elven associations.
Associated with death, the grave and rebirth in legend and myth. At Orpheus’ song upon emerging from Hades’ underworld realm, the first Elm grove is said to have sprung into existence. Elm was also used for coffin wood later in English tradition, linking it to this early mythos and to the elven lore that connects the elves with burial mounds.
In Italy, Elm and Vine lore is intermingled, especially in the stories of Bacchus, due largely to the tree’s use as a vineyard superstructure.
Elm branches were carried by the clergy and members of the chorus during annual “beating of the bounds” ceremonies, thereby linking the tree with border-marking and rulership.
Posted by Laurelei at 8:37 PM