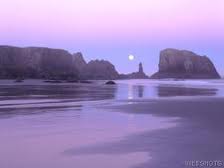 The Spiral Castle Tradition situates the Castle Perilous in the Southwest, as the compass is laid. In Arthurian legend, the knight who finds the grail (sometimes identified as Percival, sometimes Galahad, sometimes Lancelot) discovers the sacred cup in castle surrounded by water. This is proper, as the cup’s elemental association is indeed water.

The power of the grail is its association with blood and, therefore, life – and death. Whether we see it as the cup that caught Christ’s blood, the cauldron of transformative Goddess Cerridwen, or the chalice of the great whore Babalon makes no difference. The treasure of Castle Perilous is the same cup, and we drink the same death and rebirth – the same transformations – by whichever name or image we use. 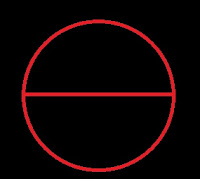 This castle and its images are associated with Chalice Well in Glastonbury. Chalice Well has a long-standing association with grail-lore, and the iron content of the water lends both the flavor and colored tinge of blood as well as the healing properties attributed to the cup/cauldron. Note the similarity in the Chalice Well symbol and our simple symbol for this castle’s treasure (the silver – bloody – cup).

We envision the cup filled with life-giving blood, just as the fertile womb fills each month with blood. So it is that at the Housle (the Red Meal), we fill the two-handled Quaich with red wine. When we cut the throat of the cup and spill its “blood,” and likewise stab and rend the flesh of the dark bread, we more aptly feel the sacrifice that we associate with this castle and cross-quarter.

Both sacrifices are made with the shelg, the red knife. This is the blade of Castle Perilous, the blade of blood and of sacrifice.

Blood and red wine are a potent mixture. They remind us of the Mithraic Mysteries, in which a bull was sacrificed in a subterranean vault. Killing the bull wasn’t the point of the rite, though – collecting its blood was. The blood was mixed with wine and drunk by the initiates. Later, only the wine was drunk, as a representation of the blood of Mithras himself. We see in this blood-letting ritual the foundational element of many sacrificial meals, including our own Housle. 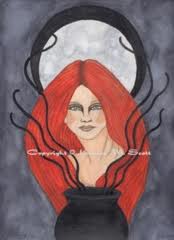 Cerridwen, the keeper and queen of the Castle Perilous, is an appropriate mistress for the mysteries of sacrifice and transformation. Her myth tells how she set the young Gwion to the task of stirring a cauldron of knowledge and wisdom. The brew within was intended for her son, but when three scalding drops landed on Gwion’s hand, he instinctively sucked away the pain – and wisdom. Enraged, a pursuit ensues in which Gwion shapeshifts to escape Cerridwen’s wrath, but she transforms to capture him. When he was a hare, she was a greyhound. Then he was a fish and she an otter. Next, he was a bird, and she was a hawk. Fourth, he changed into a grain of corn, and she transformed into a hen, pecking every grain until she had consumed him. Once she had him, she transformed again to the shape of a woman, and gave birth in nine months’ time to the great bard Taliesin. This last is their fifth and final transformation.

Women’s blood mysteries are best understood within the Castle Perilous, and the rites of passage associated with them have an obvious home here. 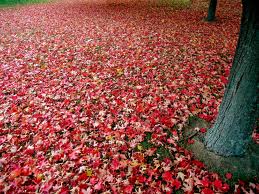 The Mystery of the Cauldron mentioned by Robert Cochrane in his letters is also well contemplated in this cross-quarter. Cochrane asks, “What two words will not fit in the cauldron?” In a later letter he answers his own question with the words, “Be still.” (We’ll talk more about this and other Mysteries mentioned in the Letters later.)

Castle Perilous is the entry point into the compass at the time surrounding the Fall Equinox.
Posted by Laurelei at 1:26 AM