The Castles: Cross-Quarter Watchtowers of the Spiral Castle 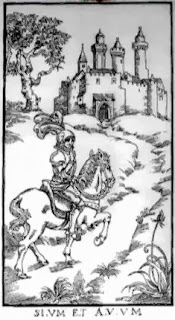 The four Castles of the AFW Tradition can be thought of as four Watchtowers on the Spiral Castle. These Watchtowers (Castles) house the four treasures of the Trad and are kept by the Kings and Queens -- aspects, essentially, of the Witch Father and Witch Mother.

Why Castles? That is an excellent question.

Robert Cochrane writes about the castles of Arthurian legend playing a large role in his sense of the Arte Magical. He discusses the Castles and the Two Kings and Two Queens only a little in his letters with Wilson and Gills, but they are mentioned and even explained to a certain extent.

Also, my (Laurelei's) teacher within the Craft talked a little of Castles as a circle-casting system. However, we never had enough instruction in that system to adequately make use of it.

So, as we read through the Cochrane materials together, we addressed this question of Castles head-on. Did they fit our system? Which Castles were they? What and who was in them? What purpose did they serve?

The many castles that are mentioned within Arthurian legend (and beyond, in sources like the Mabinogian, etc) are integral parts of the Quest. They each hold treasures and are kept by wise and sometimes fearsome Masters. They guard the Mysteries, each in their own way. So, yes, we saw them as symbolically linked to the Tradition we were creating.

The following is a simplistic overview of each of the Castles. In time, we hope to have fuller descriptions of each. (As of this writing, we only have two described in their own posts.) 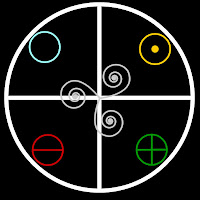