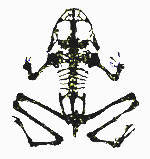 Witches are infamous for deriving a bit of their power from a magical amulet known as The Toad Bone. The toad bone is first mentioned in Pliny's Natural History, and it disseminates throughout the western world from there. We are primarily interested in the motif of the Toad Bone in the British Isles, and its influence on American folk Craft. Given below is a first hand account of the Toad Bone ritual by Albert Love (b.1886) published in 1966.


‘Well, the toads that we use for this are actually in the Yarmouth area in and around Fritton. We get these toads alive and bring them home. They have a ring round their neck and are what they call walking toads. We bring them home, kill them, and put them on a whitethorn bush. They are there for twenty four hours till they dry. Then we bury the toad in an ant-hill; and it’s there for a full month, till the moon is at the full. Then you get it out; and it’s only a skeleton. You take it down to a running stream when the moon is at the full. You watch it carefully, particular not to take your eyes off it. There’s a certain bone, a little crotch-bone it is, it leaves the rest of the skeleton and floats uphill against the stream. Well, you take that out of the stream, take it home, bake it, powder it and put it in a box; and you use oils with it the same as you do for the milch. While you are watching these bones in the water, you must on no consideration take your eyes off it. Do [if you do] you will lose all power. That’s where you get your power from for messing about with horses, just keeping your eyes on that particular bone. But when you are watching it and these bones are parting, you’ll hear all the trees and all the noises that you can imagine, even as if buildings were falling down or a traction engine is running over you. But you still mustn’t take your eyes off, because that’s where you lose your power. Of course, the noises must be something to do with the Devil’s work in the middle of the night....’ "

This description of the Toad Bone ritual contains many of the elements common to Toad Bone folklore, primarily the stripping of the toad's flesh by placement on an anthill, and the ability of the Toad Bone to float upstream.

In Haggard (ed., 1935, pp. 13-14) we read the following account of the full toad-bone ritual. This version is recounted by an old Norfolk poacher, who states that he had learnt the charm from his grandmother, a person who was quite evidently a typical rural wise-woman. The indications given in the text for the ages of the poacher and his grandmother probably locate the grandmother’s version of the charm approximately around 1850.


‘There was one charm she told me of wich was practiced wen any one wanted to get comand over there fellow creaturs. Those that wished to cast the spell must serch until they found a walking toad. It was a toad with a yellow ring round its neck, I have never seen one of them but I have been told they can be found in some parts of the Cuntry. Wen they found the toad they must put it in a perforated box, and bury it in a Black Ant’s nest. Wen the Ants have eaten all the flesh away from the bones it must be taken up, and the person casting the spell must carry the bones to the edge of a running stream the midnight of Saint Marks Night, and throw them in the water. All will sink but one single bone and that will swim up stream. When they have taken out the bone the Devell would give them the power of Witch craft, and they could use that power over both Man and Animales.’

The toad in question is the British walking toad, the Natterjack Toad, beloved by Doreen Valiente. Natterjacks have short legs that give them a distinct "walking" gait, and possess a yellow line trailing down their back which could be the "yellow ring" sought for.

The Toad Bone was a common element of the society of the Horseman's Word, a group associated with folk magic.

I am indebted to the late Andrew Chumbley for his treatment on the Toad Bone, The Leaper Between, which is, alas, no longer available online other than via the Google Wayback Machine.
Posted by Natalie at 7:05 PM